The Paradox of Child Happiness

I used to believe disparities created unhappiness but travelling around the world, I kept noticing a counter-intuitive phenomenon over and over again:

No matter where you go, the happiest children will always be found in poverty and children born into privilege are invariably miserable, anxious and lonely. 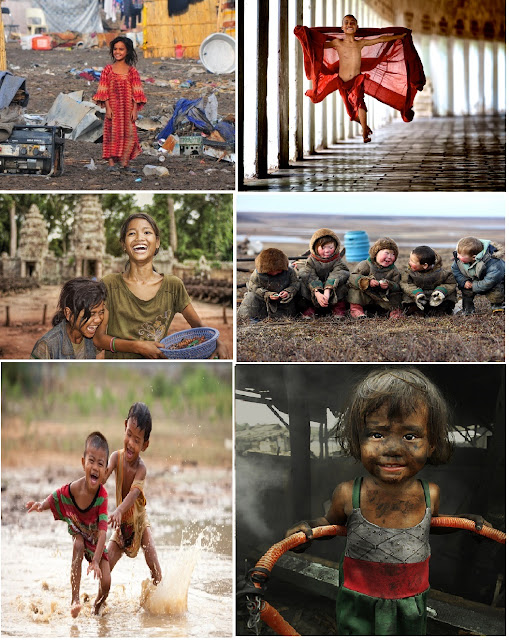 As I was trying (failing) to buy happiness at the time, I became obsessed with figuring out the seemingly illogical nature of child happiness. I think I get it now; it's a function of (perceived) debts owed.

Children are happy in poverty because the world doesn't owe them anything. They're carefree as no one cares enough to make them suffer to please, keep up appearances, behave themselves, live up to expectations or reach their full potential. There's no obligation or pressure; in poverty they have nothing to lose so they live without fear.

Unlike the children of privilege, slum kids are happy because they're more or less free.

If my theory is correct, the way to ensure misery would be to lean on children to make them conform to some ostensible standard of successful behaviour, leading them to believe they're then entitled to what the world will never owe them. Make them suffer to please you and they'll spend their lives in angst, fuming at perceived insults and injustices, keeping markers, threatening payback, at war with a world they imagine is disrespecting them when the truth is, no one could possibly care. As the unpaid 'debts' mount, they'll be overwhelmed. Misery and conflict will be all they know.

To ensure happiness, you'd simply tell children the truth: The world owes them nothing. They're not entitled to anything from their fellow humans. Life is what they choose to make of it. There is no fairness, justice or equality; any they receive is just a bonus. If allowed to respect themselves and treat themselves Right, children won't grow up imagining the world owes them unpaid debts, leaving them free to have fun instead. 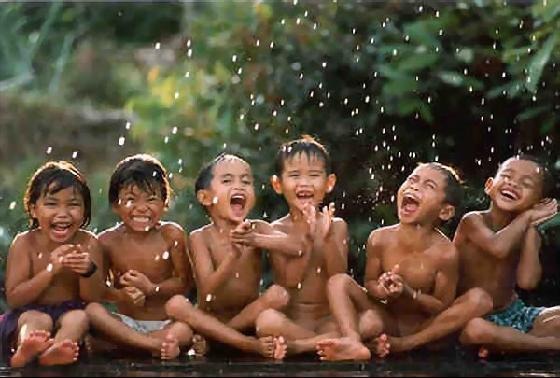 I Knew an Outlaw Once

Why would boys want to suffer? To what possible end?

Parents, mothers in particular, tend to have no expectations for daughters. She'll be a "good girl" if she doesn't have sex and a "bad girl" if she sleeps around. Girls are reduced to wanting to "catch" a man with potential. Women raise boys to be exploitable and raise girls to cannibalize them. There is not only zero reward for men in this world of noncontributing predators, men with merit are hated for representing a threat to the illegitimately entitled.
_______

At uni, there was this incredibly bright kid in one of my classes. He didn't have any friends but he wasn't a loser, he just didn't have time. He was an extremely high achiever so girls acted like he didn't exist. It's a queer world where being intelligent, honest or decent counts against you, but these are the values of reduced women and by virtue of first access, women are the law.

Women control Society's value system so only blind fools fall for feminist rhetoric about male privilege and oppression. Women are oppressed by men's wallets? It's beyond insulting. If women didn't care for the status quo, they wouldn't fiercely police conformity. Women ruthlessly drive Society's obsession with being "normal". Women control everything. Men are bullied and abused slaves, routinely disposed of in wars fought to please women who withhold favour (contribute abuse) in lieu of contributing value.

As I always wanted to impress girls, I always respected their laws. My fear of their disapproval drove me to succeed. The mere thought of incurring the wrath of Society's lawmakers would keep me up at night. I would get nauseous just thinking about failure. What if I couldn't graduate? What if I embarrassed myself in front of everyone? What if no girl wanted anything to do with me? Some nights, I couldn't sleep until I'd thrown up. What if I reached my full potential and it wasn't good enough?

I lived in fear of the law but this kid in my class had no respect for the law. He didn't seem to care what girls thought. I secretly admired his disregard for the law until I found out his mother controlled his entire life. He respected traditional law, which defeats the purpose of being an outlaw. His mother had Great Expectations. Granted, her son was incredibly bright but genius comes at a price that women rarely pay.

He told me one day he'd never been drunk or with a girl. He just blurted it out. Taken by surprise, I asked him if he was gay but he shook his head wearily and sighed. He liked girls, he explained, there just wasn't any time for "wasting time". His mother's words. He had no time for fun. It made me more angry than sad. I imagined his mother with a glass of wine, boring the shit out of her neighbours with her incessant bragging about her son. As if his achievements were hers? "What has she ever done", I wondered, "but undress to impress?" Of course I politely kept such thoughts to myself.
One day after class, he seemed agitated. He told me he wasn't reaching his full potential. If he couldn't "apply himself", his mother had warned, he needn't bother coming home for the holidays. She told him he had to lift his game or find alternative accommodation. I'm sure it was just a motivational ploy, but this kid was incredibly literal. I always had to explain my jokes as he didn't get them immediately. Jokes don't actually make sense to a literal mind. Comedy is a function of Society's insanity. The more literal the mind, the more sane. If you're not going to mean what you say or say what you mean, why are you talking? What's the point?


"If you have nothing true to say, then don't say anything at all."
- mothers (in Civil Society)

There was no point, in the end. There has never been a point to suffering for parasitic leeches. They're never pleased, they know their true worth is a liability. Women's disapproval is a Confidence Trick played on everyone. Their approval is worthless. Men starved of approval have been maliciously confused.

There was no point and he worked it out. In the end, he reached his full potential. They found his body hanging from the ceiling.
______

I remember telling myself it didn't bother me, so I must have been hurting. When someone asked who knew him, I got all defensive and snapped at a girl who said I was his friend, angrily denying her charge. I was disassociating so that I wouldn't have to feel loss. The girl didn't understand. "I wasn't accusing you", she gently explained. Someone who did understand told her to hush. The entire room complied. I couldn't handle the silence so I stormed out. My memory is hazy but life goes on.

It always has, every loser just assumes it's in their best interests to breed children to enslave with Great Expectations.

Now it doesn't bother me, I understand why he left. He was much brighter than I, he worked it out. It's not the Dead who have lost, mourners should cry for the Living. Their misery goes on.

His mother couldn't hurt him any more, women's authority is limited to this hellish world their cannibalism of children has created. The law can only enslave men willing to love and respect women who abuse them. Liberty lies beyond the law. Had I understood then what I understand now, I'd have been happy for him. I'd have been proud.

I've always been women's frightened slave but I was friends with this guy who became an outlaw once. They never did find him. They just found his body, gave it back to his whore mother. He wasn't in it. He's free.

"To die hating them, that was freedom."- Orwell

Posted by Jonny Vincent at 00:18 No comments:

Lowlife Men are a Huge Problem for Society

It's amazing that someone could write that sentence without immediately wondering why prostitutes won't accept money.

Prostitutes are hated by Society's women for being "too cheap" and "too easy" -- contemplate the implications of that -- women who force men to pay to pleasure them are scorned by Society, not for abusing men but for not abusing them enough.

Even prostitutes (who contribute nothing) turn up their noses at men who've:

This should alarm Society as all conflict is created by inequities and injustice. You should take it personally when another member of a society that you are part of is treated badly. It's personal for them.

Read more »
Posted by Jonny Vincent at 13:38 No comments: 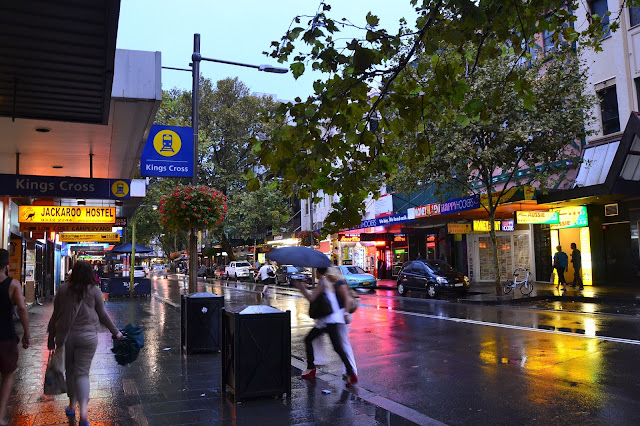 In King's Cross in Sydney, motorcycle gangs and underworld figures have clashed over territorial disputes since the 1960s, which can often explode into violence. It's a commercial zone and it looks much like anywhere else in the Sydney CBD during the day, but at night it's all vice (prostitution, gambling, drugs, etc). 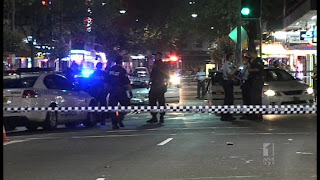 I was told the police take twice as long to arrive in King's Cross. There's a large police HQ at Darlinghurst but apparently police who move quickly around the Cross are brave to the point of being reckless.

One morning, after a night spent clubbing in the Cross, I was eating breakfast on a terrace overlooking the main street when I saw this biker - a fierce behemoth covered in ink and roid rage - come charging down the sidewalk as fast as he could move without running (which was likely his top speed, each of his legs were roughly the size of my torso). He was a monster of a man and he wasn't hiding his feelings or playing coy. The look of fury on his face screamed, "Someone is going to die."

Read more »
Posted by Jonny Vincent at 04:39 No comments:

The Last of the Humans

Nearly everyone is psychotic. Their thoughts and feelings are not in sync with reality. This is what happens when children are raised with lies and violence.

Read more »
Posted by Jonny Vincent at 12:05 No comments: